Why do some people develop severe, lingering Lyme disease symptoms, while others get away with mild symptoms — or no symptoms at all? That’s a question I’m often asked by patients who’ve tried years of treatments and found little to no relief.

The key to solving the mystery of why Lyme disease sometimes becomes chronic, and why it is so difficult to overcome, is twofold. First, it’s understanding the differences between acute and chronic infections. And second, it’s learning the integral role the immune system plays in keeping harmful pathogens in check and uncomfortable symptoms at bay.

On a surface level, what distinguishes an acute infection from a chronic one seems fairly straightforward:

So what is it that causes a contained acute infection to suddenly experience a resurgence? Keep reading to discover how the two key contributing factors to chronicLyme — the inherent nature of the microbes, and the state of your immune system — can set you up for months or years of misery, and what you can do to counter them and recover your health. 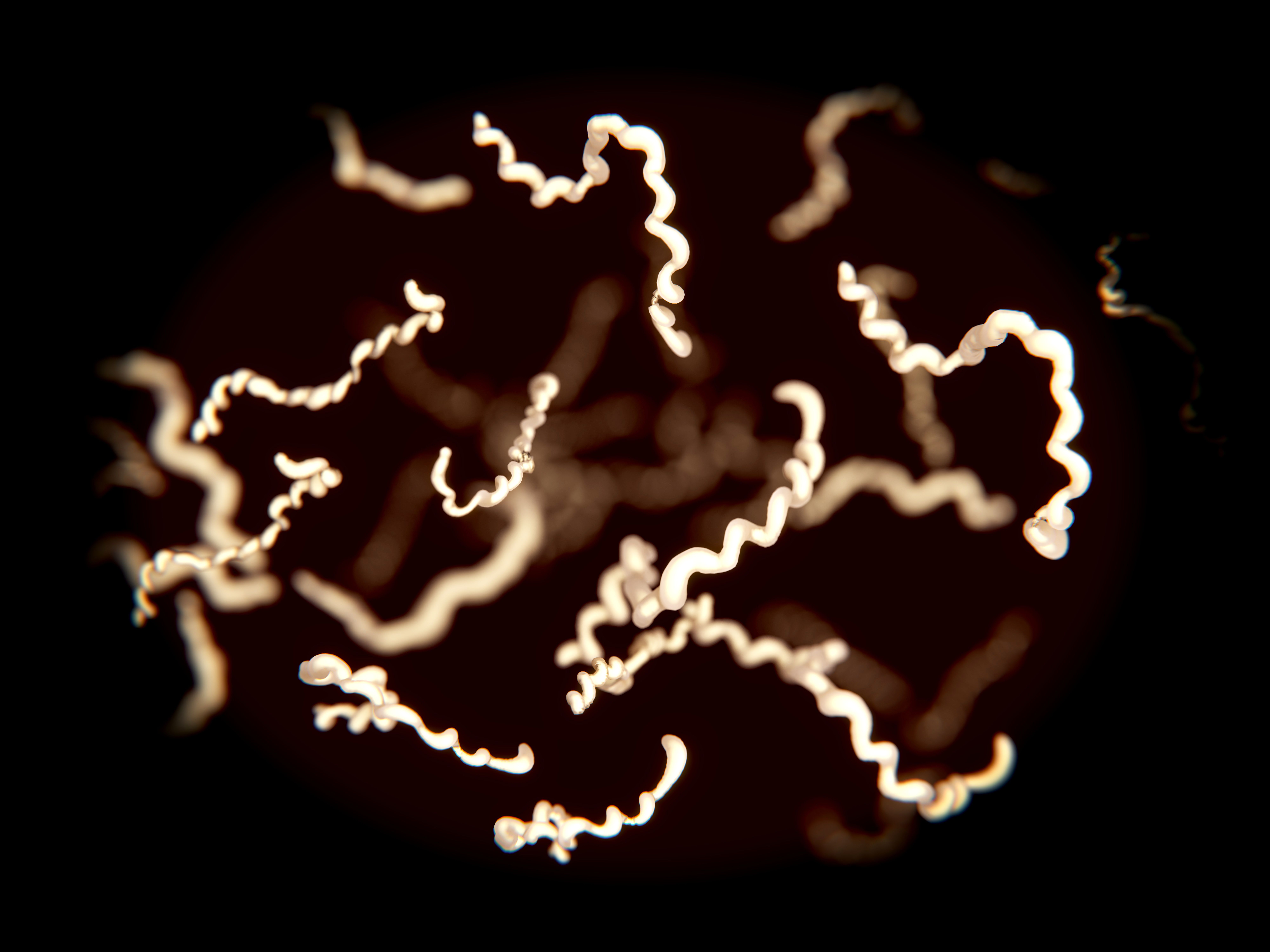 The human immune system is actually very familiar with Borrelia, the microbe associated with Lyme disease. Ticks have been biting humans since humans existed, and Borrelia has been around for millions of years. It occurs on all continents and can be found from the tropics to the arctic circle.

In other words, we’ve had plenty of time and opportunity throughout our history to develop our defenses against Borrelia. Which explains why most people do not become severely ill with an acute infection of the illness. As soon as Borrelia enters a person’s system, most commonly by way of a tick bite, the immune system is activated and begins vigorously clearing the microbe.

Borrelia, however, is a master at persisting in the body. It, too, has had millions of years to hone its survival techniques against our immune system defenses. One of the most important is that it can live inside cells (intracellular). As soon as the Borrelia microbes enter the body, they infect the white blood cells (WBCs) of the immune system.

Infecting WBCs allows the microbes to do two important things:

Antibiotics administered during the active acute phase of Lyme disease may reduce the concentration of Borrelia, which helps the immune system clear the microbes before they get established in tissues. But antibiotics alone do not completely eliminate the tick-borne disease — a healthy immune system is essential to control the infection.

The lingering of Borrelia is evidenced by a 2018 study that found live spirochetes in the majority of 12 symptomatic patients who had tested positive for Lyme disease, despite having been treated with antibiotics as per guidelines from the Centers for Disease Control (CDC). In my private practice, it was not uncommon to see people whose symptoms initially resolved with antibiotics, only to develop chronic symptoms six months or a year later.

In fact, antibiotics may have little value against this type of microbe. A study in 2015demonstrated that Borrelia spirochetes can persist in the body despite even six months of antibiotic therapy in patients with chronic symptoms. Essentially, this means it’s all up to the immune system to contain the microbe. 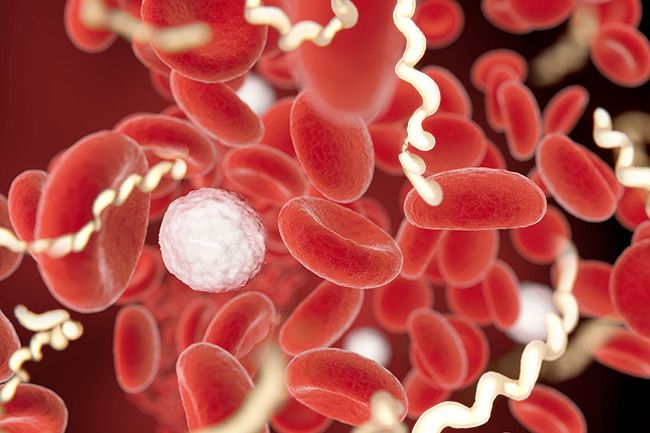 For the immune system to function correctly, white blood cells must communicate with one another and all the other cells in the body. Optimal communications are crucial for the cells to synchronize their efforts successfully.

To illustrate this point, consider the analogy of an army on the battlefield. Soldiers have to be in constant contact with their surrounding community and home base. If communications breakdown, soldiers and military hardware wander aimlessly and lose the battle.

Likewise, Borrelia specializes in disrupting cell-to-cell communication in the body. It’s the same as if enemy soldiers hijacked a few command vehicles and started sending out erroneous messages: the interference created might allow enemy soldiers to scurry across the battlefield and circumvent frontline defenses.

It doesn’t take many infected WBCs to cause a disturbance and allow Borrelia microbes to become established in tissues. Once there, the Borrelia don’t need to overwhelm the host with infection or even cause symptoms. Having a presence is all they need to accomplish their mission: To exist until new opportunities come along to spread to another host — that’s how microbes operate.

In a host with a healthy immune system, Borrelia microbes can persist at low levels in the body without causing significant symptoms for an unknown duration. Because people without symptoms typically aren’t tested, we don’t know how often this occurs.

My clinical experience with seeing hundreds of Lyme patients over the years suggests that it’s quite common. Most people with chronic symptoms of Lyme disease often don’t remember a tick bite or signs of acute infection, but instead they become symptomatic only after immune system functions become disrupted.

To further complicate matters, Lyme disease isn’t typically an infection with Borrelia alone. A Finnish study published in 2018 found that blood specimens from a large group of patients with Lyme symptoms in both the United States and Europe often contained multiple tick-borne microbes. 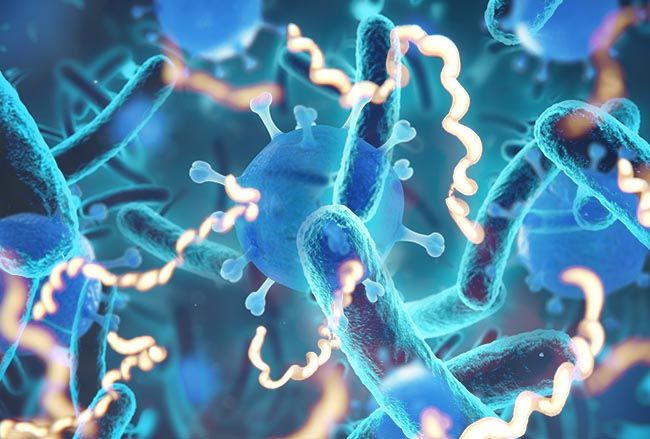 All of the coinfections tested for in the Finnish study function very much like Borrelia, too. Namely, they are intracellular, they infect WBCs upon entry into the body, and they disrupt immune system communications. Additionally, they can maintain a presence in tissues without causing symptoms, and once deeply embedded in tissues, they are very resistant to antibiotic therapy.

I’ve compiled a list of well over 100 different species of intracellular microbes, spread by ticks or other routes, that have similar characteristics to Borrelia — and there are likely many more that we don’t know about. There is also a high probability that most people are carrying one or more of these microbes, some of which have a higher potential to cause illness than others. 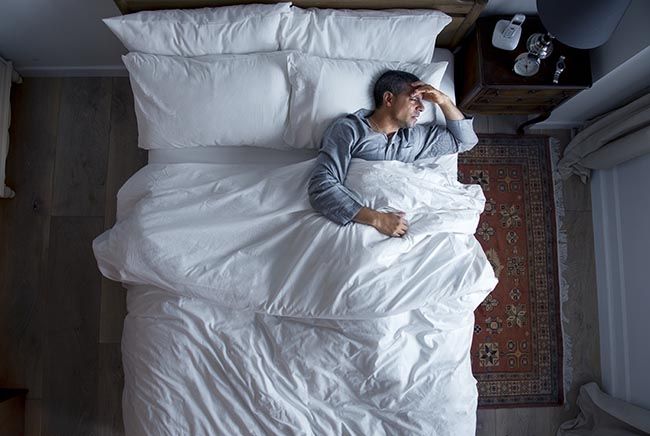 Suppose a person infected with Borrelia or other microbes is stressed to the max and not sleeping. On top of that, the person’s house is contaminated with mycotoxins from mold (all houses have some mold spores), they eat more processed food than fresh, and they don’t get much if any exercise. All of these factors — stress, exposure to environmental toxins, poor dietary habits, and a sedentary lifestyle — disrupt immune system communications.

Ultimately, a compromised immune system can’t take care of its typical responsibilities, including removing old and abnormal cells, repairing tissues and cell structures that have been damaged by free radicals, and purging toxins. The body starts breaking down and microbes in tissues begin to flourish, generating inflammation and causing symptoms. Chaos ensues in the body.

Of course the immune system’s job isn’t confined to managing just tick-borne pathogens. It has to regulate the entire menagerie of microbes in the body, called the microbiome (or what I’ve come to refer to as the microbial burden). All microbes in the body scavenge nutrients and resources from cells. Though it was once believed that the microbiome was mostly isolated to the gut and skin, evidence is now showing that it extends to all tissues — even the brain. 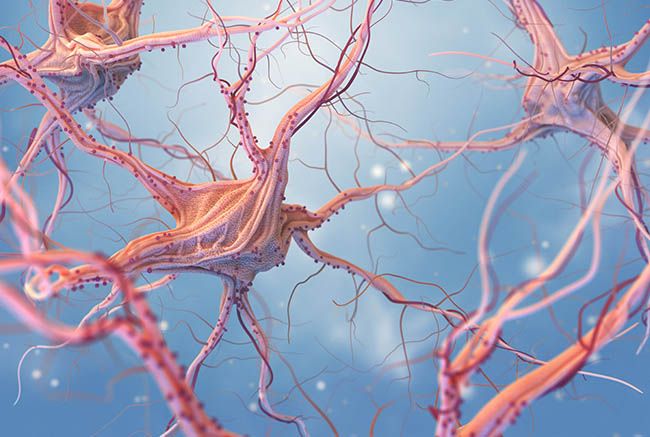 The problem, then, arises when microbes in the gut, skin, brain, and other tissues thrive, robbing critical nutrients and resources from cells of the body. The combination of Lyme bacteria along with an overtaxed immune system brings about a broad range of seemingly unrelated symptoms — the classic symptoms of chronic Lyme disease:

If you want to overcome all of these symptoms of chronic Lyme disease, restoring normal immune system communications is priority number one. Obviously, eating a healthful diet, de-stressing, detoxing, and being active is part of the solution, but that alone is generally not enough to break the cycle. There is one simple thing, however, that may be more beneficial than anything else. 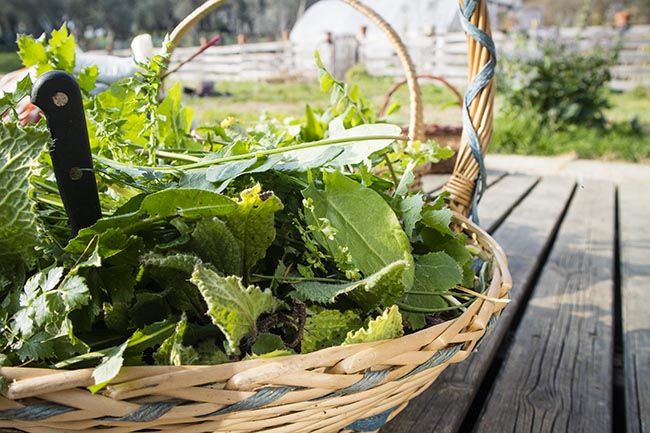 Plants have to deal with a wide variety of microbial threats, just like we do. The plant equivalent of an immune system is made up of a complex array of biochemical substances, called phytochemicals, many of which provide antimicrobial activity against a wide range of bacteria, viruses, protozoa, and fungi.

These phytochemicals are a particularly good fit for fighting the types of intracellular microbes associated with chronic Lyme disease. That’s because like our immune system, the plant’s biochemical immune system is able to suppress potential pathogens without adversely affecting healthy flora. (Though this effect is widely recognized, it has not yet been explained by science.)

But that’s only part of the benefits of plants: Herbal therapy also normalizes immune system communications, which allows the immune system to do its job. Many scientific studies, such as the one in the Journal of Ethnopharmacology on ashwagandha and another in the American-Eurasian Journal of Botany on reishi mushrooms, reveal how herbs commonly used for Lyme disease help balance immune system communications that have been disrupted by the microbes and other stress factors.

The rich spectrum of plant phytochemistry also includes signaling agents that are similar to our hormones, neurotransmitters, and other chemical messengers. These substances have the effect of modulating or balancing messaging systems in the body.

In essence, plant phytochemicals turn down the volume on the noise caused by microbial disruption, so the WBCs of the immune system — along with all the other cells and systems in the body — can communicate more clearly and efficiently. This not only allows the immune system to function properly, but it also mitigates the effects of other stress factors on the body.

Though all herbs have overlapping benefits, including antimicrobial and immune-balancing properties, some herbs are better known for certain properties than others. My top choices for chronic Lyme disease include:

Overall, herbs are extremely well-tolerated and associated with a very low potential to cause harm. In addition, herbs are lower cost than almost any other therapy for chronic Lyme disease. Different herbs offer different properties; combining a variety of herbs synergizes their benefits.

Once you truly understand the root cause of chronic Lyme disease, herbs become the natural therapeutic choice for overcoming the persistent symptoms of the illness and similar chronic conditions.